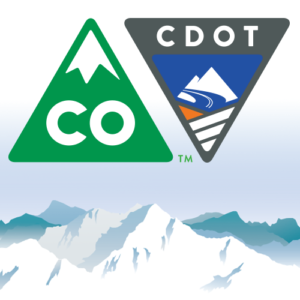 CDOT ensures Colorado has a safe and efficient highway system. It does this by building and maintaining interstates, U.S. highways and state highways.

With the ongoing challenge of keeping up with technology, government agencies are consistently faced with the never ending battle of budget restraints, costly software upgrades, and time restraints.  In this “Keep Up or Fall Behind Mentality,” Colorado Department of Transportation (CDOT) is not only surviving, but thriving and proving to be a strong player in the GIS industry. CDOT implemented its Enterprise GIS (Schneider Electric’s Fiber Manager™ within Esri’s ArcGIS Desktop) to manage their fiber optic assets in 2009.  The growing network includes over 1000 miles of fiber optic cable, 500 miles of drop cable (smaller strand quantity fiber cable), and over 2000 roadside end devices.  Such devices that constantly feed data into and out of the network include:

There is always the constant battle of supplying maintenance staff accurate project maps depicting these devices, as well as the fiber cables, splices, patch locations, and running lines.  Accurate documentation and attention to detail is paramount.

The Old Way of Managing Fiber at CDOT

Until 2014, CDOT always ran one (1) fiber device per strand which does not necessitate multiplexing.  Today, CDOT now communicates with up to twenty (20) switches with up to eight (8) devices per switch via a pair of fiber strands. This use of Multiplexing leverages multiple wavelengths of the light spectrum to move data from point A to point B on a single strand on fiber (See Blog Post). With this enhanced infrastructure, an organization can free up a significant amount of fiber strands, thus increasing the efficiency of the network. With CDOT technology moving at “light” speed with the continued effort of the construction/management of the Colorado network and the inclusion of CWDM/DWDM (Coarse and Dense Wave Multiplexing), there were additional stressors placed on the GIS’s capabilities.  Fortunately, Fiber Manager™ incorporated multiplexing which allowed CDOT to begin tracking circuits at different wavelengths at the same time the functionality was required. CDOT recently contracted with SSP to upgrade the software, modify the fiber optic geodatabase model (to allow for multiplexing) and construct end device ArcFM™ Favorites.  Favorites provide a standard template for digitizing/adding new equipment which enhance user productivity.  The primary objective of the project was to enable CDOT to productively create new multiplexing devices that allow Fiber Manager™ connectivity and subsequent OOTB Fiber Manager™ tool utilization.

CDOT and SSP first underwent a software upgrade effort to ArcFM™ 10.2.1a.  To enable multiplexing functionality, additional tables, relationships, and domains were added to the Fiber Manager™ standard model.  Overall, the process went smoothly. Following software/model upgrade, SSP advised having a strong understanding of the overall Patch Location model and how the new multiplexing devices would fit.  Figure 2 illustrates the newly added shelf object (and child objects) and its relationship with the Patch Location.

The objects shown in the chart above, showing the CDOT multiplexing device model, are outlined below:

In the process of modeling the multiplexing devices, it was determined the devices had multiple common ports (Figure 3).  In reality, any split port can communicate with any common port.  In Fiber Manager™, this cannot be managed because the split ports can only have a connection with a single common port (Figure 4). We addressed this by not creating a connection between any common and split ports (Figure 5). The IMPLIEDALIGNMENT integer field was set to zero (0) for all split ports. In so doing, tracing will not bridge the gap between the ports.  Tracing originating from either side will terminate at the specific device. 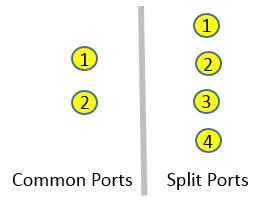 The team met with telecommunications staff to discuss the following details of each specific device:

With the acquired information, each device was sketched out.  Such a sketch (Figure 6) should be completed as Fiber Manager™ numbers/identifies the ports, not necessarily how staff identifies the ports.  Often, single device ports on a device are actually treated as two separate ports in Fiber Manager™ which enable two connections. For consistency and uniqueness, the ports were named 1T (transmit)/1R (receive), 2T/2R, etc.

Above: Sketch of CWDM Switch before creation

The objective in the device creation process is to not only make the device connectable in Connection Manager, but also be able to run a Patch Panel Connection Report.  If the device is configured properly, an accurate depiction of the actual device will result (Figure 7).

Fiber Manager™ uses the following field attributes (names may vary depending on model) for proper port orientation on the Patch Panel Report:

Port position on each device is very important.  Fiber Manager™ identifies each ports position systematically as left to right and top to bottom.  So it is very important to have each device sketched out (Figure 10) and ports numbered prior to favorite creation.  To try to do identify each ports name and position at the same time of favorite creation, can result in confusion and subsequent error.  If each port’s attributes are correct for the device, the Patch Panel Connection Report will result in a device looking very similar to the actual device. 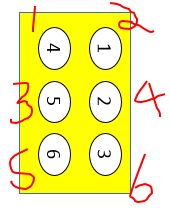 In the event one is not careful when creating and assigning these ports to the correct Port Position, the device will not be aligned properly on the Patch Panel Connection Report. As a remember, the Port Position is numbered from left to right top to bottom.  The process is very time consuming and tedious to go back and make adjustments to port attribute errors.  For example, if one makes an error at 3T 3R and attributed 3T 3R 3R, the person would have to go all the way back through and change every port name until back to 48T 48R. Needless to say, but this is a manual process, so care and accuracy is recommended as to not have to repeat steps and waste time.

In conclusion, this case study outlined CDOT’s GIS/Fiber Manager™ acquisition. It also discussed a systematic approach to how CDOT constructed some complex devices.