Esri’s ArcGIS Desktop 10.2.1 was officially released on January 7, 2014.  At the same time, I was just starting my initial tenure with SSP Innovations as employee Number 12.  Much has certainly changed since the software’s release.  I moved to Denver, got engaged, published a book, and SSP now has almost 350 employees.  If your organization is still on this version, it was officially retired two years ago on July 1, 2019.

In the version’s five-and-a-half-year lifespan, Schneider Electric had four subsequent releases of their ArcFM Desktop software to include letters (i.e., 10.2.1a-10.2.1d).  On the day I started writing this post, ArcFM Version 10.2.1d was retired (June 1, 2021).

If your organization is in an “Oh crap!  We’re out of support!” moment?  There are two major options available as follows:

The remainder of this blog post is specific to Option 2.  If Option 1 is the desired path, SSP is at the forefront of said conversions.  Numerous blog posts and case studies have already been written for one’s reading pleasure.  Option 1 readers may stop reading now.

If still reading, one must be interested in upgrading ArcGIS Desktop.  Currently, there are two options available:

What does this mean?  If choosing to kick the can, one might as well get a good wind-up and kick it as far as possible.  This means choosing to upgrade to ArcGIS 10.8.1 and enabling the delay of the inevitable by an additional two and a half years to 2026.

If only it was that simple.  ArcGIS 10.6.1 and 10.8.1 use a different .NET Framework than 10.2.1.  Esri Version 10.2.1 uses .NET 3.5, while Version 10.6.1/10.8.1 uses .NET 4.5.  This means that for customized code written for the legacy Esri software it will have to be recompiled to function properly in the upgraded version.  Depending on the quantity and complexity of the code, this is not a trivial process and should be included in the Testing Phase.

Lastly, given the length of time Esri Desktop 10.2.1 was in service, the database platform being leveraged may not be supported in the upgraded version.  Esri’s and Schneider’s website has supporting database matrixes to determine future compatibility and possible requirement of SQL Server or Oracle upgrade.

The flow chart below overly simplifies the process:

A City of Gastonia Case Study

Since August 2020, I have been involved with four successful upgrades taking clients off Esri Version 10.2.1.  Each has its differences that make planning and process testing a requirement.  One such project was Gastonia, North Carolina.

I have worked with many organizations throughout my career.  The City of Gastonia has some of the most actively engaged participants in the upgrade process that I have had the privilege of working with.  This is a very good thing.  Let’s face it….They are the ones that have to maintain the GIS after the contract is complete.

To be different, I decided to interview two primary staff members (and good friends) involved with the upgrade.  These are Ray Kurtiak (RK) and Glenn Fried (GF).

BH – “Please tell us about Gastonia’s GIS and your roles.”

RK – The City’s GIS began back in 1995 when a consultant was hired to digitize the 1”:400’ scale maintenance maps of both the water distribution and Sanitary Sewer collection systems.  At the same time, the City was undergoing an unprecedented period of annexation and the existing staff in the Planning Dept. were told they needed the help of this “new” GIS technology to manage those annexation projects.  In early 1996, the Utility data was delivered from the contractor (in the ArcStorm coverage format) and I was the first GIS employee hired by the City.  I split time between helping the Planning and Utility’s staff understand and use the new data and the ArcView 3.x application.

GF – “I was the first GIS Analyst hired outside of Information Technology (IT) by the City in August 2005.  Just prior to my arrival, Gastonia had converted from AutoCAD to Esri.  My initial work involved ‘wearing multiple hats’ of not only cleaning up the GIS data but also selling rental lights.  The latter proved the need for additional tools to not only speed up the process but also enable QAQC.

The original ArcFM installation was Version 9.2 from the then Telvent Miner and Miner in 2008.  In 2010, Gastonia expanded GIS services to include Telecommunications via the utilization of ArcFM’s Fiber Manager.   At the same time, the electric ArcFM Solution was upgraded to 10.2.  In 2018, SSP Innovations was contracted to upgrade the entire ArcFM suite to Version 10.2.1d.

BH – “Why didn’t Gastonia go directly to the Utility Network?  Why did Gastonia go with the upgrade to 10.8.1?”

RK – “From my perspective, there were three things.  We are a medium to small-sized utility and city.  The IT resources that support the Electric Utility are relatively few and spread very thin from a GIS perspective.  At this time, we simply don’t have the ability to make inherent model changes required for the migration to the Utility network and DO IT RIGHT.

For us to make the push to the Utility Network, one of two things need to happen.  We either require additional staff which would need to become a higher priority at the upper management level or contract out the work.  It is our belief that Gastonia should have a handle on the Utility Network internally versus just contracting the process.

GF – “The migration to the Utility Network was a “Bigger elephant than we wanted to start chewing on.  Via webinars in this crazy COVID year, we heard from bigger organizations than us that they were glad that they went to the Utility Network, but it was a long process.  We couldn’t afford a two to three-week downtime.  We decided to ‘Kick that can down the road’ and get somebody in that knew our system to not only upgrade our Production Environment to 10.8.1 but also create a previously nonexistent Test Environment.”

GF – “One of the reasons for reaching out to SSP was familiarity with our organization, our processes, and work environment.”

This was the first onsite work trip that I have made since COVID began.  Glenn said it best, “You can do a complete install.  You can do a complete upgrade and not be face to face.  I know plenty of people who have done an entire career with a company never meeting anybody they work with face to face.  But there are nuances that you don’t get being remote.  You can be on a remote meeting for eight hours, but it isn’t the same as being in person.”

“You can see body language.  You can see facial expressions.  Yes…you can see that on a remote meeting, but people seem to be more guarded,” elaborated Ray.  “From a business perspective it costs a little more money to have SSP onsite, but the end result was worth that marginal cost to us.  And we know you and have an established relationship.”

BH – “When does Gastonia plan to migrate to the Utility Network?”

GF – “It is being given thought now.  It will probably seriously be considered in two or three years as more companies are on it, matured with it, and the process to migrate goes just like our last upgrade.  The software is not the same and people will require retraining.  Ray and I have to be ahead of the city to enable prompt, efficient support.  I just don’t get a warm, fuzzy yet.  We have to be mindful that we are good stewards of our City’s time, resources, and funds.  Kicking the can down the road will give us some breathing room and some education room so we understand the product and processes.”

RK – “I compare this future migration to when we originally migrated ArcInfo Coverages and Shapefiles to the Geodatabase model in the early 2000s.  It took us a solid six months to learn what the Geometric Network and Personal Geodatabases could do for the City of Gastonia.  We took all of our data and worked on a plan to conduct a final migration over a weekend from our legacy system to an Oracle Geodatabase.”

GF – “This was the smoothest upgrade that we have ever had.  We didn’t have any hiccups.  We were prepared.  The downtime was very, very minimal.  The City was only down for digitizing two and a half days, but we were never really down.  Because of our process and mobile replication, should we have experienced a major storm event in the middle of the upgrade, we could have provided adequate support.  Our users would have had the latest information at their fingertips.

RK and GF – “Thanks for the opportunity.” 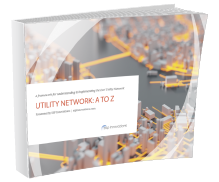 More by this author
Solution Architect

5 Ways to Get the Most out of Your GIS Platform

Anatomy of a Utility Network

Are You Ready for Migration to the Utility Network?